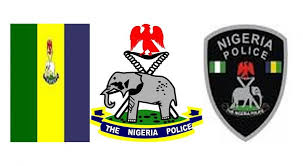 Following the expiration of his notice of intention to commence legal action served on Police Sergeant Shaibu Sunday together with the Assistant Inspector General of Police, Zone 2 and the Police Service Commission, Lawrence C. Nnoli Esq, our managing partner has filed a summary summons against Sergeant Shaibu Sunday and the Nigerian Police Authorities at the Magistrate Court of Lagos State with suit number MKD/10M/2018 for payment of damages of ten million naira for assault, battery and defamation meted on him on the 29th September 2017 by Sergeant Shaibu Sunday at the Zonal Intervention Squad, Ladegboye, Ikorodu, Lagos,.

The claimant fearing an immediate attack upon himself from the Investigating Police Officer, turned around and started walking out of the Zonal Intervention Squad premises. While he was walking out of the Zonal Intervention Squad premises, the Investigating Police Officer Sergeant Shaibu Sunday rushed towards him and violently pushed him three times shouting on him and calling him derogatory names demeaning his status as a qualified lawyer. While this was happening, one of the policemen together with the driver of the claimant’s client and one of his employees rushed towards the Investigating Police Officer, restrained him, begging him that there is no need for the assault on the claimant since he is already obeying his orders of leaving the ZIS premises. Despite those physical restraints, he continued to shout and berate the plaintiff with derogatory statements.

When the claimant left the ZIS premises, he put a phone call to the commander of the Zonal Intervention Squad who is CSP Olugbenga Megbope and reported the incident to him. Following this, the commander intervened and prevailed on the sergeant to allow the claimant to attend to his client.

The matter has been set down for report of service at the court on 15th February 2018.